Thousands of new drugs are tried and tested year on year to help treat an array of illnesses and diseases worldwide. Pharmaceutical companies work on a range of medicinal products and trial them rigorously over a number of years to provide consumers with safe and effective healthcare. Yet, despite best efforts, the percentage of medicines that make it from a scientific discovery to a worldwide accessible product is incredibly small.

The pharmaceutical industry is spending billions every year on scientific discoveries that don’t materialise, so what is the life cycle of the products that do make it to market?

Whether it’s pills, vaccines, creams, drops or gels, new ideas are continuously brought the table following years of research and development. At the very beginning of any medicine’s journey is the preclinical stage. The first step in the life cycle is for scientists to test these products on non-human objects. Whether it’s plants or animals, researchers test different doses and mixes of ingredients over a number of years, until the product is ready to be distributed for human testing.

While scientists can spend years on this first stage, the FDA have only 30 days to disapprove of an Investigational New Drug application (IND) or the application will become effective for testing. It is required that information from the IND outlines how chemical compounds have been manufactured and the impact this has had on non-human testing, as well as how new studies will be conducted and the predicted Pharmacokinetics the product may have on humans.

Once accepted by the FDA as safe to trial, products are put through 3 testing phases before they can be safely brought to market:

Phase I: A small selection of healthy volunteers are sampled to see how the drug is absorbed and metabolised. The primary goal of phase one is to test safe dosage range and subsequently be able to identify how the drug can be administered effectively and with the fewest side effects. Although it takes roughly a year to complete this initial phase, around 70% of experimental drugs are successful in passing.

Phase II: This phase is implemented to test the efficacy of a drug. Most commonly, this phase is used to trial the product against a placebo alternative. Patients are split into two groups and the effectiveness of the products given are assessed. Generally, both the researchers and the patients are unaware of who is receiving which products, to reduce bias. These trials can take anything between 2 months to 2 years (depending on the amount of people trialled and the assessment period thereafter) with a much smaller success rate – with around a third of experimental drugs making it to the final phase.

Phase III: The last phase in the cycle (before market approval) tests on the largest scale, with anything from a few hundred to a few thousand patients being analysed across a number of years. The New Drug Application (NDA) provides data on the safety and effectiveness of a drug to provide clarity and a thorough understanding of the product to both the pharmaceutical company and the FDA. The trials also work to identify benefits and any adverse reactions that may arise from the medication.

Phase IV: Post Marketing Surveillance Trials are conducted once the product has been successfully approved for consumer use. Now that the treatment has been through years of testing and measuring the effect on the body, pharmaceutical firms use this period to compare how other drugs in the market compete. Researchers analyse the comparisons in terms of price and effectiveness, as well as how the drug itself impacts the quality of life of its users.

The life cycle of any product that trials is costly, whether it makes it to market or not. Although the FDA only approved 59 new drugs last year, thousands were trialled and billions were spent worldwide. Developing a new prescription is said to cost drug makers around $2.6 billion. However, studies into the comparison of drug marketing vs. drug sales found that the ROI of marketing efforts resulted in a 1119% increase in revenue over spending.

Getting the right people in at every stage is imperative for giving any new medicine a fighting chance at making it to market. We are proud to work with researchers and scientists all over the world who are working tirelessly in the lab to shelf journey and look forward to being a part of more scientific developments in the future.

A medication’s life cycle from a lab discovery to a global product is neither a fast process nor plain sailing. However, with an industry that is growing at nearly 10% year on year and a predicted market worth of over a trillion dollars by 2021, the journey from lab to shelf continues to be an exciting and successful one. 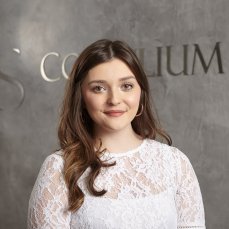