Over nine hundred companies across the globe are currently involved in cell and gene therapy and this has been increasing year on year, making it a high growth, high value market. The rising prevalence of chronic diseases and cancer have been some of the key driving factors of this rapid growth.

Over the past few years there have been significant and promising developments; the first two commercially available CAR T-cell therapy products (Novartis’ Kymriah and Gilead’s Yescarta) were approved in the US and Europe and looking ahead, there are a multitude of therapies in clinical trials expected to be approved in the coming years. It is an industry moving ahead at a blistering pace, but it is not all smooth sailing.

A significant issue with commercializing cell therapy products lies with the manufacturing processes. The diverse and complex nature of cell therapy products, especially autologous, have presented scale-up issues, regulatory concerns and complex logistics. The FDA predict that in the next five years, there will be between 10 and 20 new drug approvals each year in this space and so these issues need to be overcome quickly.

Locations such as the UK are leading the way in addressing these issues and the UK is quickly being recognised as a leading hub for advanced therapy research and development. This is due to a dedicated government level strategy (the Industrial Strategy Challenge Fund has provided funding of over £70 million) but also through a growing manufacturing and development cluster made up of SMEs, large pharma and supply chain companies, innovation agencies, contract manufacturing and development companies, academic institutes and centres of excellence such as Cell and Gene Therapy Catapult. There are leaders in clinical development (Autolus’ CAR T-cell therapy has showed early signs of clinical activities), regulatory development (Orchard Therapeutics received PIM designation by the MHRA) and investment (Adaptimmune announced $61.8 million investment following a public offering).

It is locations such as the UK that will help ensure these new therapies become more affordable, stable and accessible in the future. Looking ahead this year, there are already plans secured for significant facilities expansion throughout the UK (primarily from companies such as Advent BioServices, Cell and Gene Therapy Catapult and Cobra Biologics), with an additional 1500m2 of clean room space (representing an approximate 20% overall increase) scheduled to become active before the end 2019. Since 2017, there has been a 60% increase in the UK’s GMP licensing facilities. This all demonstrates the UK is well positioned to continue strengthening its global position in this complex market.

It is not enough to demonstrate innovation however, if this cannot be translated into bottom line improvements to patient care. The UK finds itself in a particularly strong position when it comes to translation, with the NHS playing a key role. This cell and gene therapy industry requires a highly skilled workforce that starts with healthcare professionals; taking the first samples and then later administering the modified cells back to the patients. The NHS has a critical role and in September 2018, they reached an agreement with Novartis to provide Kymriah. Gilead also reached an agreement with the NHS a month later, representing the first-time adults have access to CAR T-cell therapy on the NHS. The agreement with Gilead was reached very quickly, representing the significant opportunity of collaboration between research-based life science companies and the NHS.

There is real opportunity for the UK to not only improve healthcare outcomes but also drive future economic growth by developing cell and gene therapies on a commercial scale. 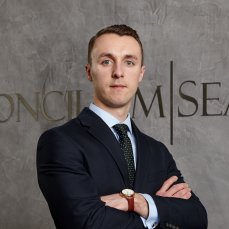