As the world we live in embraces technology on a scale never before seen, our energy needs have not only increased, but they have become required in areas of the globe previously untouched. As this need for energy increases, Nuclear Power is being seen as a viable source once again.

In his recent end of year blog Bill Gates stated that Nuclear Power is "ideal for dealing with climate change". The Microsoft Corp co-founder chairs TerraPower LLC, a nuclear energy venture that is leading the way in nuclear reactor design. Their current project is developing a class of Nuclear fast reactors called the Travelling Wave Reactor. 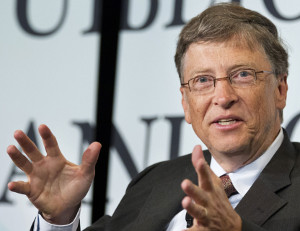 In his end of year blog, Gates went on to write that "Global emissions of greenhouse gases went up in 2018. For me, that just reinforces the fact that the only way to prevent the worst climate change scenarios is to get some breakthroughs in clean energy….But solar and wind are intermittent sources of energy, and we are unlikely to have super-cheap batteries anytime soon that would allow us to store sufficient energy for when the sun isn’t shining or the wind isn’t blowing.” He goes on to say that "Nuclear energy is ideal for dealing with climate change, because it is the only carbon-free, scalable energy source that’s available 24 hours a day. The problems with today’s reactors, such as the risk of accidents, can be solved through innovation."

It is clear to see that Gates is driven to impact climate change by finding solutions to problems impacting the energy sector.

However, is Gates right to look to Nuclear as being the solution to reduce the impact of energy production on climate change, when Nuclear has been such a volatile industry in the past? Can the fears and issues surrounding the safety of Nuclear Power Plants be erased? With organisations and governments working together, and the backing of well-respected businessmen such as Bill Gates, we could start to see trust rebuilt in the sector as serious innovations are made to make Nuclear a safer energy source.

That being said, The Three Mile Island accident in 1979, Chernobyl in 1986, and the Fukushima disaster in 2011 have left long lasting memories of the issues that surround an accident in a Nuclear Power plant.

Let’s have a look at the pro’s of Nuclear power:

On the other hand, there are also obvious cons:

Not a Renewable Energy Source – Uranium will eventually run out

Safety concerns within the industry are to be respected, but the fears are often much higher within the general public. It is certainly necessary to see innovation within the reactor space to ensure safety is guaranteed. However, if this is done, we are also likely to see a need to re-educate and reassure the public on the benefits of nuclear power over some of the alternatives.

It is clear that Nuclear is seeing a rebirth across the UK and continental Europe, and with work being done to overcome some of the negatives of nuclear as a power source, it’s time for nuclear to be fully embraced as we continue the fight against climate change.